Cor blimey! Children’s weekly comic, The Phoenix, has reached the mind-blowing milestone of publishing 100 issues; the first independent comic to do so for 40 years! 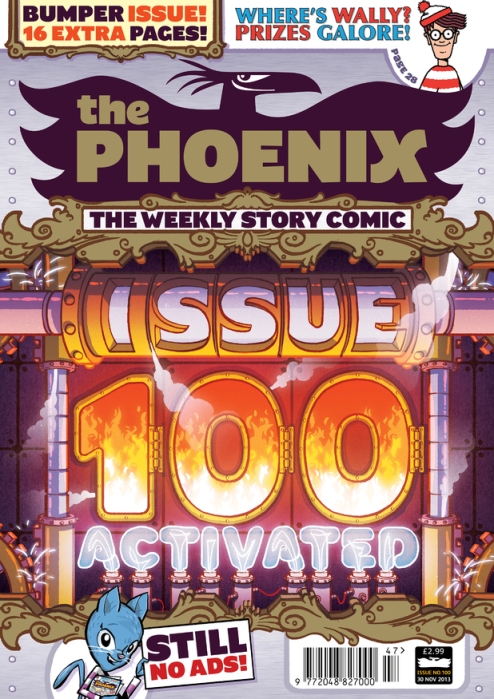 Writing and drawing Gary’s Garden for the Phoenix has been an absolute blast. It’s probably my most favouritest thing I’ve ever done, spawning Chompy the Caterpillar, Larry Ladybird Lord of the Jungle, Boris and Monroe the nocturnal ninjas, Rock Club and billions more characters. 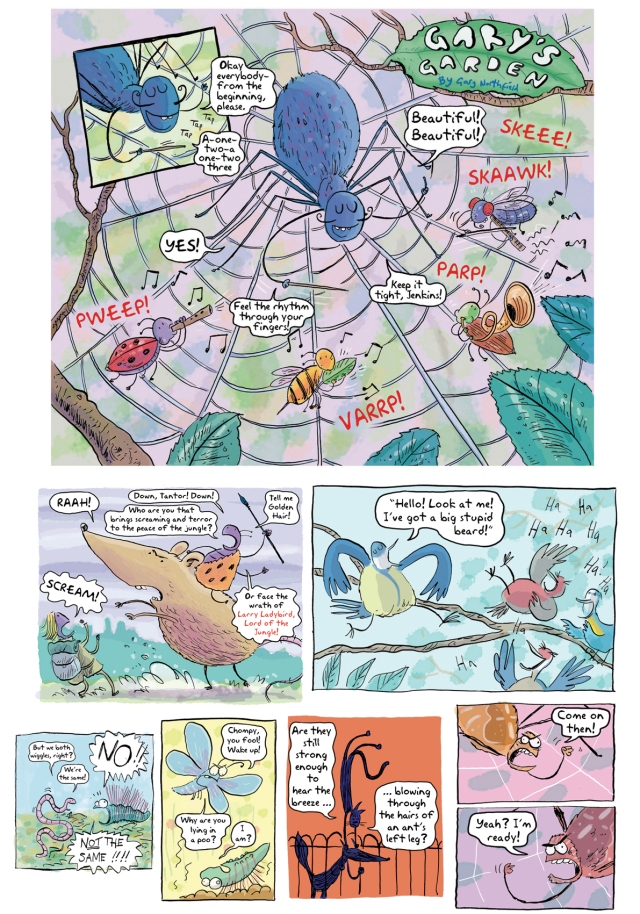 They even let me stick my face on the front cover the other week, which I thought was hilarious (beats being Time’s Man Of The Year. Probably). 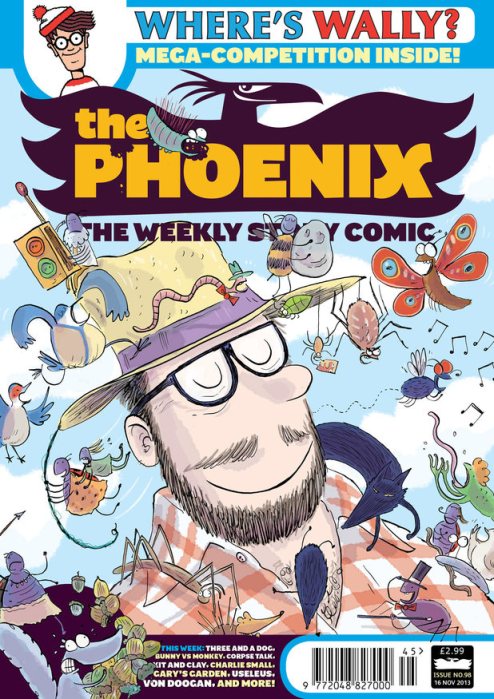 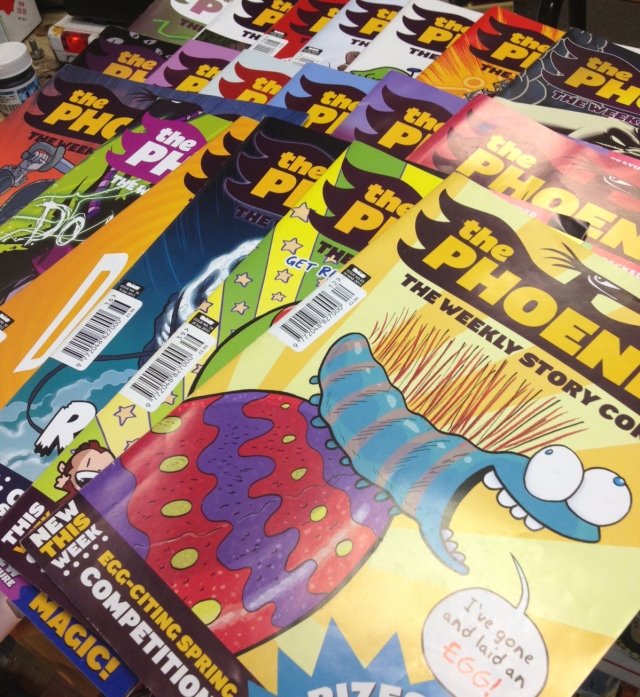 The fact that there’s a comic featuring creator-owned, home-grown talent out on the shelves EVERY WEEK is quite the mind blower. And it keeps inspiring kids all over the country to create their own comics and discover the all too hidden world of kids graphic novels and comics. The enthusiasm for the comic we all find when we embark on cartoon workshops throughout the land is palpable, so long may the Phoenix machine plough this important furrow. KIDS LOVE COMICS! (Fact!) 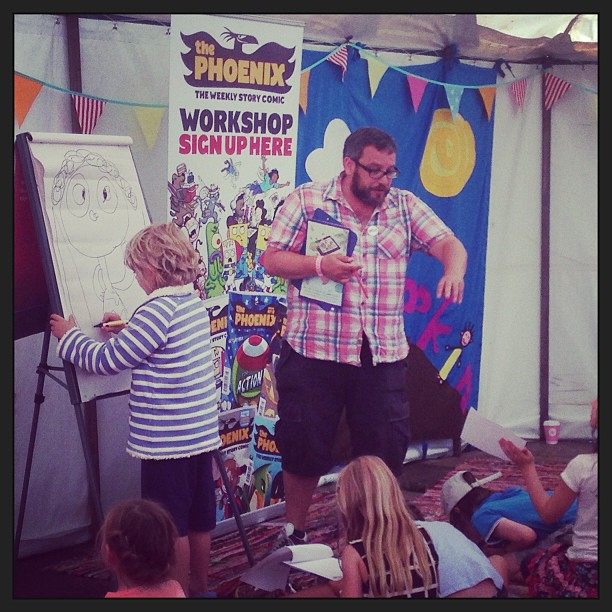 Hats off to all the creators and to the very small, but intensely hard-working team (Will, Tom, Liz, Caro, David, Paul, Charlie and not forgetting first editor Ben!) who make sure that a tip top children’s comic is available every week for you to feast your eyes on. And a thank you to all our readers for buying and reading the flipping thing. We bow to you all!

Congratulations, Phoenix and here’s to the next 100 issues!

Hello. I am the world famous cartoonist Gary Northfield. I am mainly known for my brilliant zebra drawings, but I also draw caterpillars and sheep.
View all posts by Gary Northfield →
This entry was posted in The Phoenix. Bookmark the permalink.